Fantasy sports have taken over the hearts of sports fanatics all around the globe. And why not, sports apps give that thrill as the involvement in the real-time action increases multifold. One of the sources of adrenaline rush that sports lovers look for. We look at the most popular fantasy apps.

What’s special about FPL? The endless data, options, interface, and insight. It has it all! You can play will millions around the world, you can play with friends. Also, the rewards are great! Like most fantasy games, you get a budget of £100 to make a team of 15 players and submit a squad of XI before each game-week.

Cricket is quickly catching up with football. One of the biggest revolutions in the sport has been the emergence of T20 Franchise cricket. The biggest of them all is IPL or Indian Premier League. The cash-rich league’s own fantasy cricket game is one of the most popular sports games.

As the thirteenth edition of the Indian Premier League, IPL 2020 is slated to be held in September-October, the excitement for IPL Fantasy League will certainly go up a notch.

What’s special? Detailing is excellent, you get to all the information and thrill to make it an exciting proposition for a cricket fan. Like like FPL, IPL Fantasy League gives you a budget of 100 crores and you need to build a team out of it and make changes the caravan of the tournament rolls on.

The leading fantasy sports app in India, Dream11 offers a gamut of options for game fans to get involved in. From fantasy cricket, football, basketball, kabaddi, and baseball, you can play the game of your choice and win real money.

The format remains simple – 100 credits to create a team featuring the best players on your Dream 11 Prediction. And, you need to follow some of the game rules.

Stay ahead of your leagues with CBS Sports. CBS Sports Fantasy is your best source for in-depth fantasy sports news, stats, match scores, rumours, and plan a new strategy.

The Fantasy Sports & Gaming Association (FSGA) is the only national organization to represent the interests of fantasy sports games and online gaming companies.

The app offers plenty of options – free or practice contests to low-stakes and mega contests offering crores of prize money. A very few sports apps offer these many contest pools and prizes to this extent. You can join contests play with millions across the world or create private contests with friends. 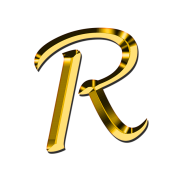 As an editor at Post Directory, I love to covers quality posts on various topics of my interest and passion. My special interests are in health & fitness, healthy foods, technology and other trending topics.