A piece of bad news for the fans of black suit anti-hero is here, Venom: There Will Be Carnage is delayed again, but now this decision has nothing to do with the pandemic.

Many films are changing their arrival in cinemas since the global situation is not completely controlled. But this time SONY has decided to change the release date of Venom: There Will Be Carnage so that the gigantic production house can jump over the hurdle of box office clash with much-awaited Fast and Furious 9.

The New Release Date for Venom 2?

When Universal Pictures decided to release Fast and Furious 9 on June 25 to coincide with Venom: There Will Be Carnage it was clear that SONY would be reactionary and now they have confirmed that the second installment of the Marvel symbiote will be able to be seen on September 17, 2021.

Now, the Tom Hardy starred epic will clash with Death On The Nile, and The Man From Toronto. Not to forget, The Boss Baby: Family Business.

Therefore, it seems that Venom: There will be Carnage will not have a rival to the height and will get a good box office.

What Will The Movie Be About?

‘Venom: There Will Be Carnage’ will again have Tom Hardy as Eddie Brock as the protagonist, while Woody Harrelson will be Cletus Kasady who will have the Carnage symbiote, so he will be a tough rival. The movie also stars Michelle Willaims, Reid Scott, and Naomie Harri.

Directed by Andy Serkis, who is popular for his CGI roles in movies namely, The Lord of the Rings, Rise of the Planet of the Apes and Star Wars, Sony’s anti-hero movie is something the fans have been waiting for over a year now.

The story will continue the events of the first installment, therefore Venom has already established himself as an antihero of the city of San Francisco, so Eddie Brock will have to deal with that. But now he will have a great threat ahead, as Carnage is a great threat to superheroes in the MCU.

In addition, the fan-favourite comic book character will now supposedly be a part of the Spider-Verse by Morbius, the Living Vampire of Jared Leto. So hopefully there are references to this character and Spider-Man himself.

Are you looking forward to seeing the movie Venom: There Will Be Carnage? Leave us your comments below. 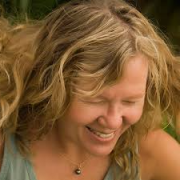 Tips to Keep in Mind Before Going on Trekking